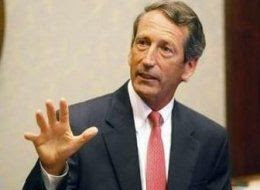 The problem with Gov. Sanford goes deeper than the Argentine affair (which he can't seem to stop talking about). The bigger issue, now, is the trips he took on the private planes of supporters (or "personal friends" as he refers to them, though several are people he met only after he either began campaigning for governor or became governor) and failed to disclose. It is the appearance of "quid pro quo" from his efforts to "save the state money" that have so many of his own party (including 31 of 46 county GOP chairmen and 61 of 72 GOP state representatives) calling for his resignation.

Frankly, as a Democrat, I hope he stays in office... Everyday he remains helps increase the chance that our next governor will be a Democrat.
Read the Article at HuffingtonPost
Posted by whoHearer at 3:46 PM