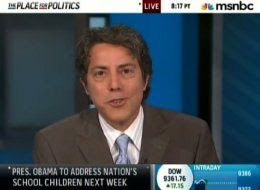 The sad fact as I see it from where I sit, the opposition to our president is less than thinly veiled racism. The strength of the GOP now lies in the states of the former Confederacy, which, prior to the passage of the 1964 Civil Rights Act, were solidly democratic. When the GOP began to openly pander to white evangelical Christians, the transformation of the GOP from "the party of Lincoln" to "the party of Trent Lott" became complete. It is no coincidence that all the talking heads bashing the president are white nor is it a coincidence that the vast majority of Fox News viewers are white. Anything the Presidents attempts will be met with stiff opposition, not just because of his party, but also because of his mixed race status.
Read the Article at HuffingtonPost
Posted by whoHearer at 6:59 PM