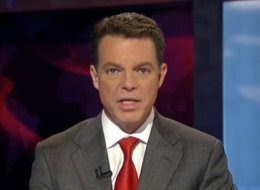 If Fox News had not given so much air time and free publicity to the "brither" bozos, the "movement" would have been flushed from our consciousn­ess already...
Read the Article at HuffingtonPost
Posted by whoHearer at 2:58 PM

This video was linked on a friend's Facebook page from another users page along with the discussion the two of them had over the erroneous content. The creator of the video, according to his YouTube channel, is from the great "Red State" of Missouri, which he considers to have been a part of the Confederacy. (Historical note: The official secession movement in Missouri was decisively defeated. A renegade minority group of legislators along with the pro-slavery Governor left the state capital and set up an insurgent "government" which passed a sterilized secession document, the only such document to not mention slavery.)

The following italicized selection is copied from the YouTube profile of the video's creator. I have left the grammar and spelling as they were on the profile, as I feel that, in itself, speaks volumes as to the reliability and accuracy of the video's content:

The Confederate States Of America Were formed not out of hatred toward any one race or religion, but becuse of the actions of the Union over a high terrif called the Morill tarrif wich was the highest one ever to be passed till then in the history of the United States that forced many Southerners into bankrupcy on top of that the tariff was passed through even with the South voting no to it showing how the North was not representing the South in Congress so when they legally withdrew from the union under the Decleration of Independence and tried to form there own country what did the union do declare war on them in order to be able to collect their tax that is what started the civil war.

The Tariff Act is presented by the author as the primary reason for secession and the resultant war. INCONVENIENT HISTORICAL FACT: Seven of states which withdrew from the Union (South Carolina, Georgia, Florida, Alabama, Mississippi, Louisiana, and Texas) had done so at least a month or more prior to the passage of Tariff Act. The Tariff Act cannot be cited as a reason for the secession of these states because it had not passed and likely would not have passed had the representatives from those states retained their seats in the congress. Double Oops.

One last INCONVENIENT HISTORICAL FACT: Prior to the Confederates opening fire on the Union garrison at Fort Sumter in Charleston Harbor, the conventional wisdom was that there could still be some negotiated settlement to preserve the Union and avoid an armed conflict. Those hopes were dashed by the Confederate attack. So much for Lincoln's invasion of the South to collect taxes due under the tariff.

One final thought: The "States Rights" often cited by the "Heritage not Hate" pretenders were the rights of the states to treat human beings as property rather than persons based on their ethnic origin and skin color. I'm still not sure how ignorant one has to be to not see that as racism.

As an aside: At the time the video was linked to this blog, the YouTube video had 990 "likes" and 167 "dislikes." Yes, my friends, racism is alive and well in the great "Red States."
Posted by whoHearer at 9:13 PM

Sadly, my state (which I still claim, albeit reluctantly) has worked hard to earn its derision. This didn't happen by accident, it is the result of large numbers of stupid people completely dedicated to remaining stupid and promoting stupidity as a desirable life choice. I was always considered different when growing up, and I am more proud than ever to be "different" now.
Posted by whoHearer at 10:15 PM

I didn't vote for this fool, but he accurately reflects the current "mainstream" of the Republican Party in South Carolina. The takeaway here is this: If you're white and a Republican in South Carolina, you can pretty much do whatever you want without fear of repercussions because the world is truly your oyster.
Posted by whoHearer at 2:35 PM

The hearing at which this testimony was delivered was held in 2005 to determine whether or not claims of election rigging were plausible with regard to the presidential election of 2004. Oddly enough, the topic of the hearing was never made a priority by the Department of Justice. The machines in question are the same machines being used in many South Carolina counties. Maybe it's just a coincidence that the Republican Party has become the dominant force in South Carolina politics, but then again, maybe it's not. Perhaps we're not as stupid as we are naive for believing the touch screen voting machines deliver a fair and accurate tally of the intention of the voters.
Posted by whoHearer at 2:21 PM