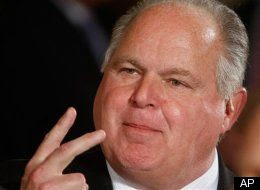 At the risk of overstating the obvious, Rush has no idea what happens on a typical school bus. I rode a bus to school for 12 years in rural South Carolina over thirty-five years ago, riding an hour each way most of the time. Fights occasionally broke out. It happened when everyone on the bus was white and it happened after the schools and buses were integrated. When fights broke out, some cheered. This has nothing to do with "Obama's America." The only difference between "Obama's America" and the America of times past is that now you have a bunch of whiney-assed loud mouths wailing about how much worse things are now that the occupant at 1600 Pennsylvania Avenue has more melanin in his skin than previous occupants. What a bunch of crap.
Read the Article at HuffingtonPost
Posted by whoHearer at 5:52 PM