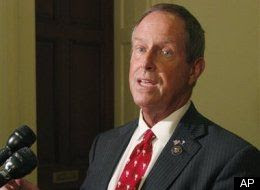 I would like to believe that there is a chance that Wilson will be turned out at the next cycle, but, honestly, I believe it's a long shot. His district and the sixth district (Rep. James Clyburn) were carefully gerrymandered to isolate the more democratic areas (6th) and create another solid republican district. Prior to the last gerrymandering, SC had 3 democrats and 3 republicans in it's house delegation. The 2nd district is no accident, it was intended to be solidly republican. Wilson enjoys solid majority support in his home district and while the race may be closer this time, 50.1 - 49.9 is still a win for Wilson. Things may be different when the districts are reapportioned after the 2010 census, but with the GOP in charge of the reapportionment, I don't expect many changes.
Read the Article at HuffingtonPost
Posted by whoHearer at 5:02 PM