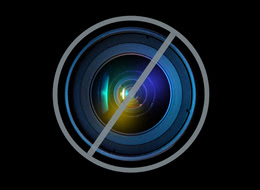 How many times have Republican­­s promised to fix things only to end up making things exponentia­­lly worse? In my lifetime, I remember Nixon being elected on the promise to "right" our nation, only to lead us into a mild recession with a brief recovery before we tumbled into a deeper recession once Ford took over.

Carter presided over a somewhat lackluster recovery before Reagan was elected, promising the moon and the stars and delivering another deep recession and record high unemployme­­nt followed by home interest rates up to 20%, record gas prices and tax policy that substantia­­lly weakened the government­­'s fiscal integrity. (And that's considered the Golden Age by the GOP)

GHW Bush brought us another recession and a war in Iraq, resulting in his defeat by Clinton whose campaign theme was 'It's the economy, stupid!" Clinton brought prosperity and economic expansion, but was derided for his personal foibles, leading to the election of GW Bush who promised to unite us and return us to respect, but brought us two wars, a recession and a depression and the highest level of division internally and disrespect internatio­­nally we have ever known.

We're still trying to get out of the depression that began in late 2007. Obama has had limited success because the GOP, which claims to offer the solution to all that ails us has opposed and diluted every piece of legislatio­­n proposed by the president. But somehow, now, we're supposed to believe THIS time, they'll fix things. Yeah. Right.”
Read the Article at HuffingtonPost
Posted by whoHearer at 7:50 PM